Nevertheless, Trinidad –fairly considered a museum city– is one of the cities in the Amercian Continent with the most complete and better preserved colonial architecture areas, considered by UNESCO in 1988 and declared World Heritage. 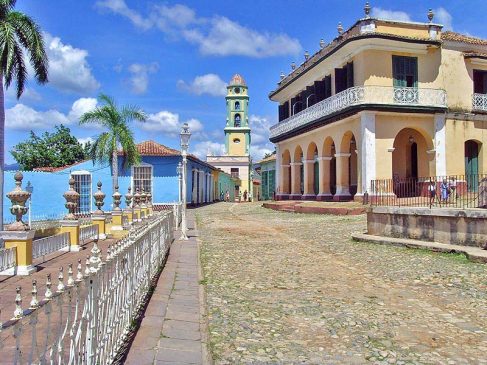 A cross under the shadow of a Jigüe tree reminds us of the place where Fray Juan de Tesin presumably said the first mass of the future villa, during the Christmas of 1513. Not far from there, La Plaza Mayor and La Iglesia Mayor de la Santísima Trinidad were built afterwards. The second one treasures among its most valuable pieces the famous Cristo de Vera Cruz and an altar made of marble, unique of its kind in the island, which was dedicated to the cult to La Virgen de la Misericordia (the Virgin of Mercy). 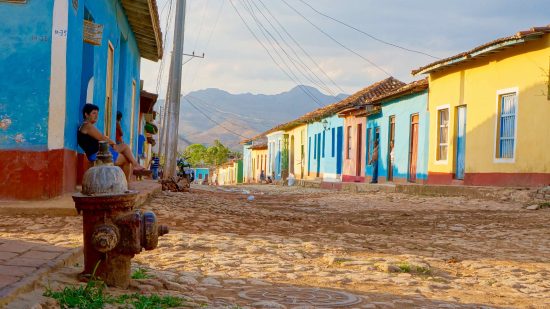 This city invites visitors to walk on its quiet stone streets and several squares; discover at every step stories jealously preserved in half a dozen museums or roomy and cool mansions from the centuries XVIII and XIX –full of balustrades, railings and grating admirably made of metal; and roofs covered with Cuban made tiles–, where you will be able to breath the same attractive atmosphere that centuries ago brought important visitors to this very place, like for example the wise man Alejandro de Humboldt. 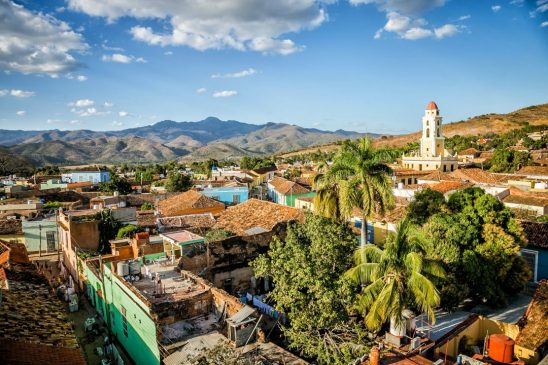 The vast and near Valley of San Luis, also known as Valley of the Mills, shows the splendor that the sugar industry gave to this villa at the end of the XVII century. This Valley, declared World Heritage by UNESCO, is also an important ecological reserve. 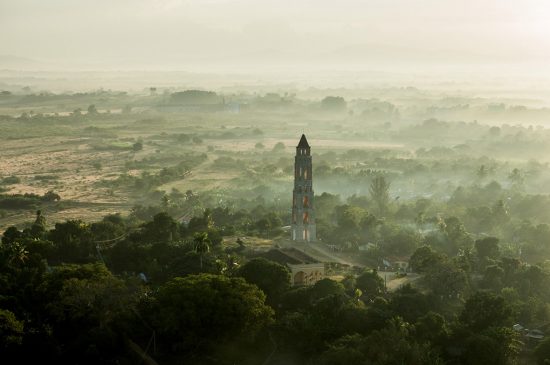 It is said that at the time of its highest splendor, this area was the main producer of sugar in the country. There were here dozens of mills that could be seen from the top of the Tower of Manaca-Iznaga, 45 meters high and whose bell used to announce the start and end of the work sessions in the plantations of this sweet gramineous. 75 ruins of mills, summer houses, living quarters of slaves and other facilities related to the production of this highly demanded produce have been preserved until today.

There are less than a dozen kilometers between the historic center of Trinidad and the beaches of the Península of Ancón, washed by the waters of the Caribbean Sea and considered among the best ones in the south coast of the island. Its sea bottoms, irregular and with notable concentrations of black coral, can be explored in more than twenty diving sites; some of them near Cayo Blanco, an isle about 45 minutes away by boat from the Port of Casilda. 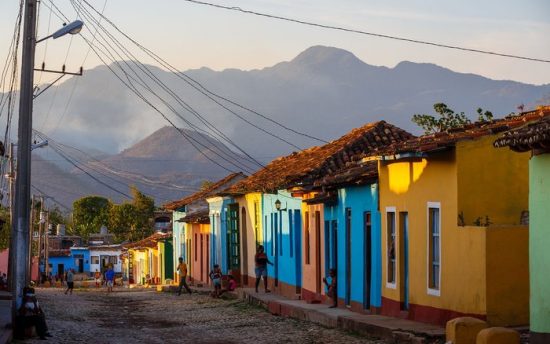 Also close to this colonial city, the mountainous region of Escambray invites daring visitors to intense days of activities in the National Park of Topes de Collantes, located 800 meters above sea level and where Salto del Caburní (National Monument) stands out among numerous attractions. On the other, this place also provides visitors with the opportunity of improving their quality of life in an ideal environment that also has a facility for health and pleasure known as Kurhotel.