The National Hymn of Cuba is the previously called Hymn of Bayamo. The lawyer and musician from Bayamo, Pedro Figueredo, composed later in 1867 the melody, and one year later,in October 20th of 1868, when the freedom´s fighter troops took the city of Bayamo, he wrote the letter of the one would be declared Hymn of Cuba.

The Royal Palm whose scientific name is Regal Roystonea O.F. Cook, it is recognized by the Cubans as the queen of the fields, for the stateliness of its structure, its peculiar size, the utility that reports and to be, also, the most numerous in the trees of the Island. It is an erect tree, of great height, crowned by a beautiful feather of pinnatisectics leaves. It is one among the 70 species of indigenous palms that beautify the Cuban landscape. 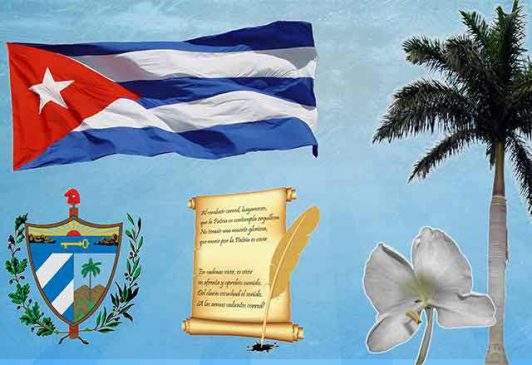 The White Butterfly, species of delicate endemic jasmine and a soft fragrance. It was used by the Cuban women in the wars to pass messages to the battle fields. It symbolizes purity, rebelliousness and independence. It grows in humid places as banks of rivers and lagoons, but it is also cultivated in backyards and gardens of many Cuban houses. 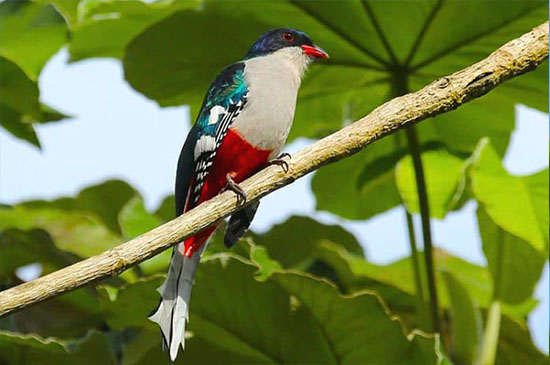 El Tocororo (Priotelus temnurus). autochthonous bird of the Quetzal family, reproduces in its plumage the colors of the Cuban flag: red, blue and white. As that, it symbolizes the freedom, since it can´t live in captivity.