Its transcendental historic and cultural values and the well-known hospitality of its people, of happy and noisy character, are two of the characteristics of that distinguish the southeastern province of Santiago de Cuba, considered the authentic capital of the Caribbean because of its geographic position and ethnic origins.

The foundation of its original urban center “located next to a large pocket bay, well protected and surrounded by mountains” dates back to 1514. During its ulterior process of expansion, the city adapted perfectly well to the irregularity of the surface of the region. 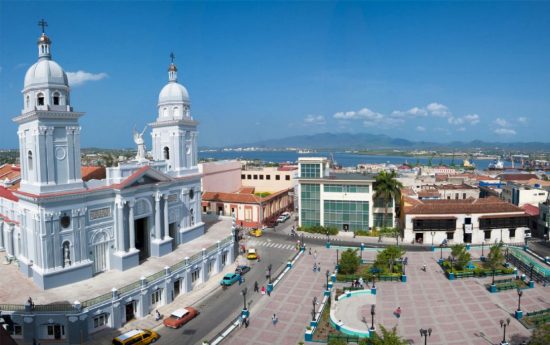 Initially, the mining of gold and copper and the cultivation of coffee (introduced after the inflow of French immigrants) were, in the colonial times, the main economic activities of the a city, sieged by pirates, corsairs and the enemies of the Spanish metropolis; which required intense fortification work. The most important of its forts, Castillo de San Pedro de la Roca, was declared World Heritage by UNESCO in 1997.

People from Santiago just call it El Morro and they know that, together with Castillo de La Estrella and the battery of La Socapa, it is part of the largest and most complete example of European Renaissance military engineering, applied to the conditions of the Caribbean by a colonial power. 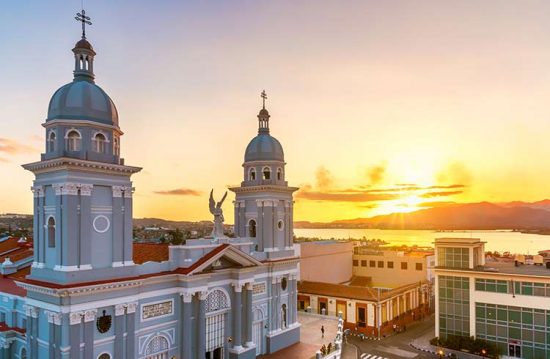 Santiago de Cuba grew under the protection of this kind of forts. Its historic center keeps in its splendor valuable examples of colonial architecture (of strong Andalusian and Moorish tradition) with the outstanding house of Diego Velázquez, considered the oldest one in the island, and the Metropolitan Cathedral, both of them located very close to the most well known arteries of the city: the streets of Enramada and Padre Pico. 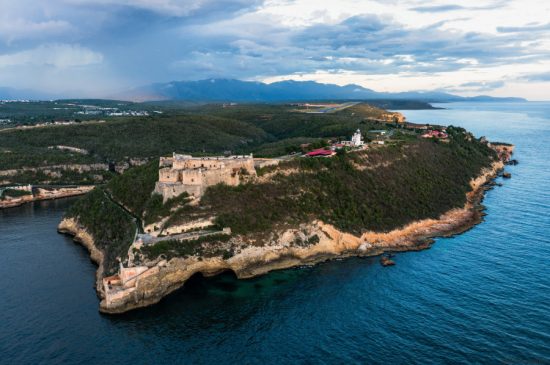 Céspedes Park is, without a doubt, the heart of the only Hero City of the Republic of Cuba, scenario on July 26 of 1953 of the attack on the Moncada Garrison, action that set the start of the last stage of the national liberation war. This is also the place where the remains of the National Hero, José Martí, lay in an impressive funeral monument of the Cemetery of Santa Ifigenia.

Around 15 museums, including Bacardí -the first one built in the country; the paternity of two popular and transcendental musical rhythms: Son and Bolero; the prestigious institution of Orfeón Santiago; the fidelity to artistic expressions like Contredanse (which is said came as French and became Cuban), and the best carnival of the island; are cultural treasures jealously preserved, but also pleasantly shared with visitors, because Santiago is, above all, a city of open and cordial people.

The peaceful Cayo Granma (Key Granma), in the middle of the bay, is another attraction that has earned the preference of those who frequently visit a city that has become an important commercial venue in the region. The city organizes every year a meeting of business men and the EXPOCARIBE trade fair, a meeting followed by the Fiesta del Fuego (Party of Fire), where the treasures of the Caribbean culture are shown in their splendor.

Beyond the limits of the city, visitors can find several attractions, among which the Sanctuary of La Virgen de la Caridad del Cobre, Patroness of Cuba, built in 1927, is one of the most well-known. 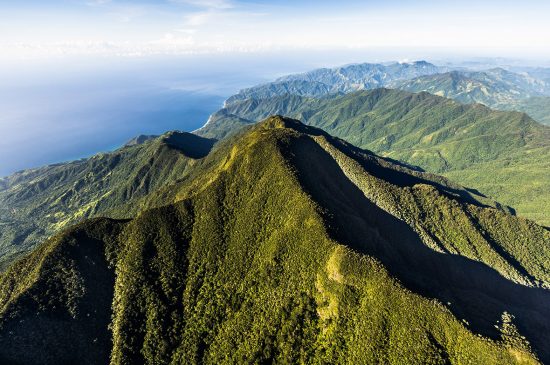 The Natural Protected Landscape of La Gran Piedra is one of the most beautiful places in the province. This enormous rock sits more than 1100 meters above the sea level and the estimate of its weight is about 70 000 tons, and constitutes an exceptional lookout from where you can enjoy the splendid landscape of La Sierra Maestra. Besides, very close from there you will be able to find important ruins of FrancoHaitian coffee plantation settlements were recently declared Heritage of Humanity by UNESCO.

A little further, the Great Natural Park of Baconao, located in the Biosphere Reserve equally named, calls for a tour on the Promenade of Sculptures, the Prehistoric Valley (a true Caribbean Jurassic Park), the Dolphins Pool, or enjoying a good portion of the beaches of the province. Its coasts are fed by the warm waters of the Caribbean Sea and protected by the hills of the most important Mountainous Region in the country.

There are in total 70 Scuba Diving Sites all along the 150 kilometers of the coasts of Sigua, Daiquirí, Bucanero and Sierra Mar. In these sites, besides the untouched natural beauty of the sea bottom, it is possible to see the remains of sunken ships that date back to the XIX century. The fact that each of these four spaces has its own attractions turns Santiago de Cuba into an excellent alternative site to enter the Caribbean domains of Neptune.

Those who visit the capital of the Caribbean also have the opportunity of visiting the Turquino National Park, with the highest peaks in the island: Turquino itself (1 974 meters), Pico Cuba (1 872 meters) and Pico Suecia (1 734). Visitors will also have the chance of getting acquainted with an ideal place for ecotourism, El Saltón, where the are also reserves of mineral-medicinal waters suitable for the treatment of neuralgia, rheumatism, dermatosis, traumas, allergies and respiratory affections, among others.