The Cuban Island is long, narrow and for its configuration, it simulates a great cayman. It measures 1 200 Km from east to west. Its irregular coasts add 5 746 Km and shelter more than 200 bays and some 289 natural beaches. Cuba has three important mountain ranges: The Sierra Maestra (in the Eastern part), the Sierra of the Escambray (in the Center) and the Sierra de los Organos (in the Western end). 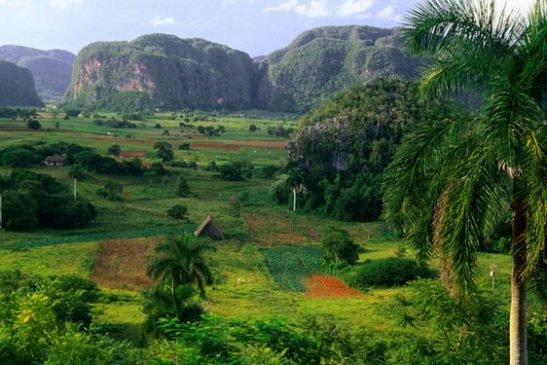