Such a beautiful thing has never been seen, were the words -according to historical testimonies- said by the great admiral of the oceans, Christopher Columbus, on October 27 of 1492 after setting foot on Cuban soil for the first time; in a far place of the eastern waterside, Bariay, located today within the territorial limits of the province of Holguín. 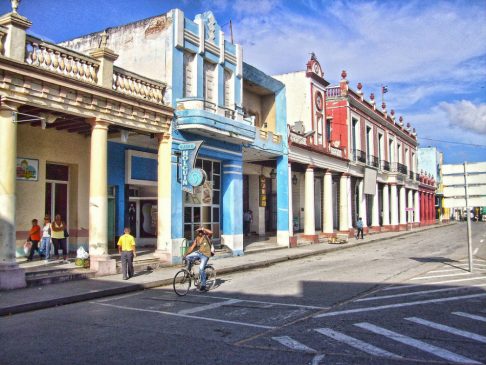 With more than 9 300 km2 of surface, 25 % of which is covered by forests, this province is located in the northeast portion of the Island and, despite of the advanced development of its tourism infrastructures, the sugar agricultural industry and the exploitation of its enormous nickel deposits are two of the province’s most important economic supports.

Holguín is widely known as the city of parks, because of the existence of a great number of these open spaces that serve as ornaments and distinctive elements, and it is identified by the Loma de la Cruz (Hill of the Cross), a hill which marks the geographic north and whose top is crowned with a gigantic wooden cross.

It is precisely at the base of this mountain, an excellent lookout, where people from Holguín carry on every year their celebrations of Las Romerías de Mayo, a traditional event which together the Party of the Iberian American Culture held in October, have become two of the most important moments of the divers cultural activities of the city. 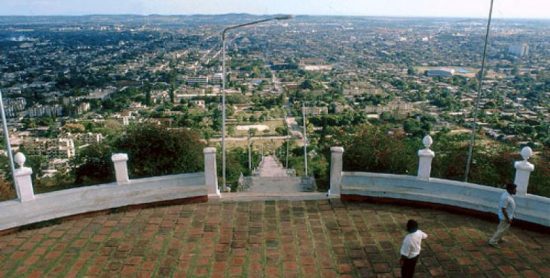 There in this city two religious places with an admirable architecture, the churches of San Isidoro and San José. The city also has one of the most important museums of natural history of the country and a unique center for the rehabilitation of drug addicts, El Quinqué.

This land of discoveries also provides its visitors with the opportunity of enjoying unforgettable days in the most divers natural scenarios. Guardalavaca, Playa Esmeralda and Pesquero are beaches of limpid, warm and transparent waters; fine sand, abundant coastal vegetation, surrounded by a particularly irregular topography. There are in this place excellent conditions for the practice of snorkeling in a garden of corals grown in the midst of an irregular and complex sea bottom.The closeness to other places of interest reinforces in a considerable way the beach resorts of Holguín. In the outskirts of Playa Esmeralda you will be able to visit the natural park known as Bahía de Naranjo, also located very close to Guardalavaca, el Chorro de Maita (large archaeological site with a unique museum of its kind in the West Indies); the Taino Village, a replica of the way of life the potter Aruaca natives; and the city of Banes, known as the capital of archaeology in Cuba.

The untouched beauty of Playa Blanca and two hills that called the attention of Christopher Columbus himself: La Silla de Gibara (The Sattle of Gibara), named so because of its similitude to a sattle; and La Mezquita (The Mosque), named so because of likelihood to the Peña de los Enamorados de Andalucía; are some other attractions of Bariay, a place of interest for historic and cultural tourism. 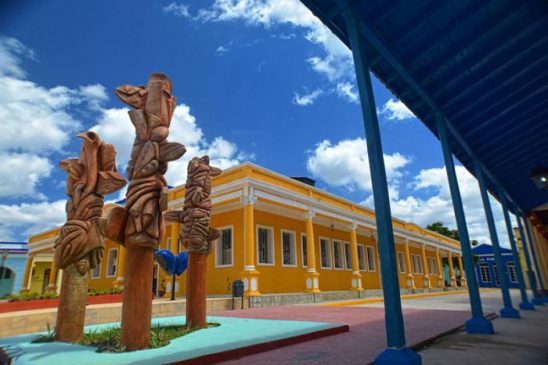 A little further east, the white villa of Gibara is another place worth seeing, because it preserves the most important urban architectural complex of the province and ruins of great value, such as: El Cuartelón and La Batería de Fernando VII.

Right at the entrance of Nipe Bay, the biggest one in the Island and one of the 22 of the province of Holguín, you will be able to discover a fascinating place: Cayo Saetía, an authentic natural park with 42 km2 of surface (65% is covered with forests) where visitors can go on jeep safaris, horse rides or swim in the small and private virgin beaches of the place. 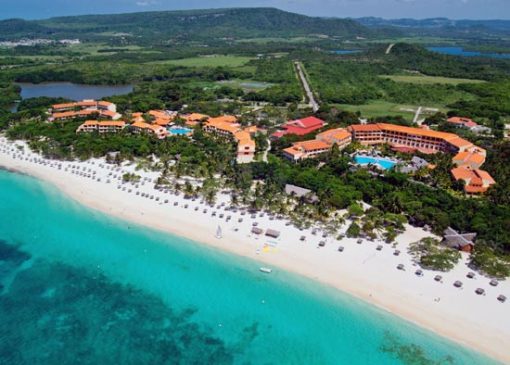 Those who enjoy nature and adventure tourism will find in Holguín two spaces of privilege for this activities: the national parks of La Mensura, habitat for about 300 endemic species of Cuban flora; and Alejandro Humboldt.

There is in La Mensura (995 meters above sea level) a tourism resort, Pinares de Mayarí, and several opportunities to enjoy, among them the Gran Salto del Guayabo, one of the most impressive waterfalls in the country.

The facilities for the visitors of the Alejandro Humboldt national park include two small guests centers, five camps and camping sites and ten places of interest currently under operations. Access to this park is provided from Moa, in Holguín, whose Gran Caverna (Great Cave) qualifies as one of the five natural national monuments of the archipelago.