Located on the south central region of the Island and with a unique tourism product, whose main elements are its enormous nautical potential and its rich historic and cultural traditions, the province of Cienfuegos is today a must-see place for most of the visitors who tour the country.

Without a doubt, its main attraction is the capital city itself, identically named and unique settlement founded by French settlers who came from Burdeos, Philadelphia and Louisiana. According to history, the colony of La Fernandina de Jagua owes its birth, on April 22 of 1819, to Don Louis D’Clouet; it became a Villa in 1829 and a City in 1880.

Cienfuegos is widely known as the Pearl of the South or the beautiful city of the sea; and even one its most illustrious children, the greatest sonero Benny Moré, used to proudly call it “the city that I like the most”.

In all cases, the nicknames are very loyal to the beauty of a city that was finally settled on the shores of the peaceful Bay of Jagua and which is very appealing to the visitors because of the perfect straightness of the streets and also for the impressive accumulation of historic cultural and architectural values that can be seen in its historic center, recently declared National Heritage. 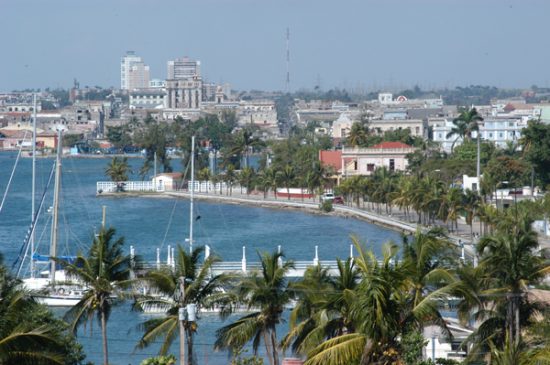 Originally, the urban center continued its development according with the colonial construction style, which used to ramify from the Plaza de Armas (Parade Square), currently known as José Martí square, around which the first 25 blocks were built, as well as the most important government, religious and domestic buildings.

Since 1902, the only Triumphal Arch existing in Cuba and the surrounding countries can be seen, among other structures of high value, at the Cathedral of Nuestra Señora de la Purísima Concepción (1819); as well as the Tomás Terry Theater, one of the three most important ones in the island during the XIX century, and Palatino, which is believed to be the oldest building in the square. 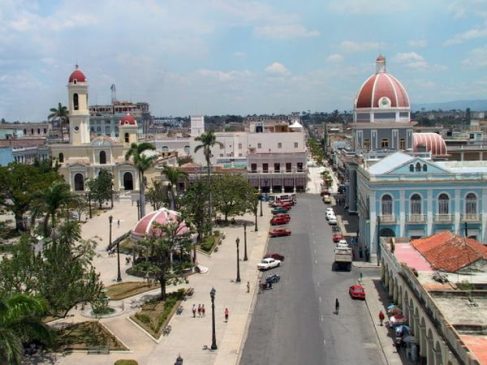 Furthermore, the inhabitants of Cienfuegos are proud to have the longest Paseo del Prado (Prado Promenade) of the country, which goes from the entrance of the city to the Malecón (Waterfront), allowing a quick and easy access to Punta Gorda and La Punta, lively residential area of the south side where you will also be able to see the flagship building of Cienfuegos: Palacio del Valle, a luxurious mansion that constitutes the most eloquent expression of Cienfuegos’ eclecticism, where the prevailing construction tendencies are Mudejar and Gothic in harmony with Byzantine, Venetian and Baroque.

Even before D’Clouet founded San Fernandina de Jagua, the fortress of Nuestra Señora de los Ángeles de Jagua (1743 – 1745) had been built. It is a unique construction of its kind in the central region, built to keep intruders away from a great pocket bay (88 km2 of surface) with deep draft and quiet waters, which has become and excellent venue for the practice of nautical sports -including speed boat racing- and one of the greatest natural habitats for shads, which is a very coveted specie for fishing fans and professionals. 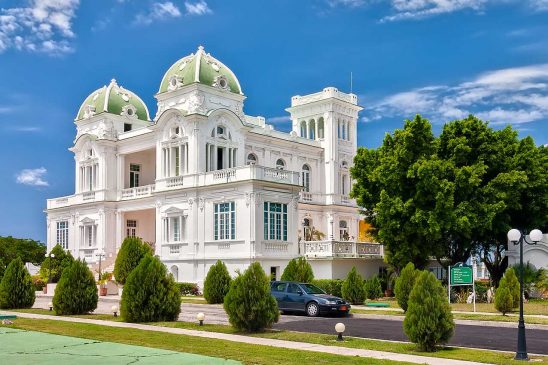 The colorful fishing town of El Perche emerged and developed right by the foundations of a construction everyone knows by the name of Castillo de Jagua.

This town is undoubtedly of French origin and has become as appealing for tourists as the close Cayo Carenas (located at the south center of the bay), an isle that used to be the summer place of wealthy families of this prosperous sea locality.

The South Naval District, located at Cayo Loco and transformed into a Naval History Museum; the Provincial Museum of Cienfuegos, the former City Hall and the Benny Moré Club are also places of interest for those visiting Cienfuegos, a city whose attractions go far beyond the limits of its traditional center. 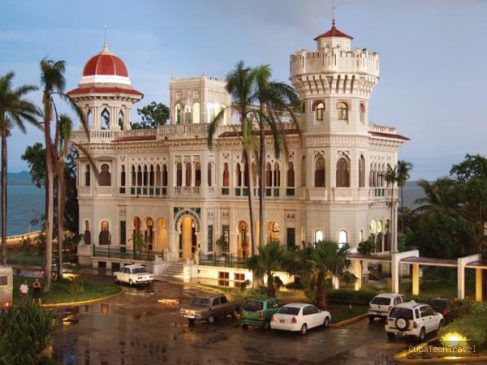 Small beaches washed by the Caribbean Sea, like Rancho Luna and El Inglés are located on the shores of the urban area, and constitute ideal places for the practice of Scuba Diving; especially in the stretch between the canal of the entrance to the Bay of Jagua and Boca Ambuila, where, besides the Notre Dame Column Coral (6 meters high and named so because of its extraordinary structural similarity to the famous Cathedral of Paris), there are more than 50 diving sites for snorkeling even around sunken ships.

To the east, the one hundred years old Botanical Garden (National Monument) offers to visitors an enormous collection of plants of nearly 1 450 species, out of which 80% are exotic, and bears a collection of palm trees that is considered among the 10 most important ones in the world.

Two Cemeteries: Reina and Tomás Acea are also part of the places of interest in Cienfuegos. The first one is located in the region of Punta Majagua -place where the Villa was founded- it preserves vertical niches and burial sites with characteristics of the XIX century.

The lagoon of Guanaroca, located to the southeast of the bay, is a privileged place for the observation of several species of the local fauna. A complex made by The Cueva (cave) de Martín Infierno -where there is a 67 meters high stalagmite, considered one of the highest in the planet- and the Valle (valley) de Yaguanabo are also part of the group of tourism attractions of the Province of Cienfuegos.

The Mal Tiempo National Park, in the town of Cruces, which reminds us of one of the most important battles of the Independence War fought against the Spanish Crown (December 15, 1895) and the monument to the Cuban Brigadier of the Liberator Army Henry Reeve, El Inglesito (the English boy), located close to the area of Horquitas, are two other places of great interest in Cienfuegos.

The waterfall of El Nicho, in the mountanous region of Sierra de Trinidad, is by itself an ideal place for lovers of Nature and Adventure Tourism, as well as the area of Guajimico, which is also appropriate for Scuba Diving. While, only 23 kilometers away from the city, the micro-medicinal waters of Ciego Montero, with more than a century of successful use and proven, effectiveness are very suitable for bath treatments and therapeutic purposes in an environment of tranquility and restfulness.