The impetuous development of its north keys -particularly Cayo Coco and Cayo Guillermo- has distinguished the central-eastern Province of Ciego de Ávila during the last few years. Its fertile and mostly flat territory covers 6 910 km2 and its subsoil contains large reserves of underground water, as well as the highest quality crude exploited in the island, the production of sugar, the cultivation of citrus and other agricultural products are of great economic importance. 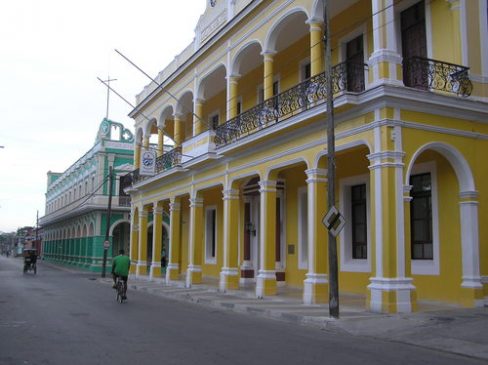 In current national geography, this important region is known as Jardines del Rey, which is first name given (back in 1514) by the discoverer Diego Velázquez to this rosary of isles of particular and still untouched beauty of the archipelago Sabana-Camagüey, largest of the four that surround the island of Cuba.

On top of its more than 30 kilometers of virgin beaches and the particular charm of its Coral formations, Jardines del Rey has high scenic and environmental values and well preserved tropical ecosystems that turn it into a destination capable of seducing the most demanding visitors.

Nevertheless, only two of its best parcels are being exploited: Cayo Coco and Cayo Guillermo.

A visit to La Güira, where you can see a reproduction of the way of living of the charcoal workers who lived in the center of the key at the beginning of the XX century; A dinner at the Rocarena Restaurant; or a party night at La Cueva del Jabalí (Wild Pig’s Cave) are proposals that can not be avoided in Cayo Coco, a place where lovers of Scuba Diving and nautical activities have all necessary conditions for full enjoyment.

The keys Media Luna and Los Felipes, located in front of the coasts of Cayo Guilermo, are two of the major potentials for the practice of Scuba Diving, and platform and High-Seas Fishing in Jardines del Rey, a tourism region which has in Cayo Paredón Grande another significant attraction.

Here you can enjoy a splendid landscape from the Diego Velázquez Lighthouse, built more than a century ago on a rocky headland and that still renders navigation services, or the kindness of Los Pinos Beach. Although, if you have a preference for Scuba Diving, it would be ideal to go to the Coral Reef located to the north of the isle, which has less than 6 km2 of surface. 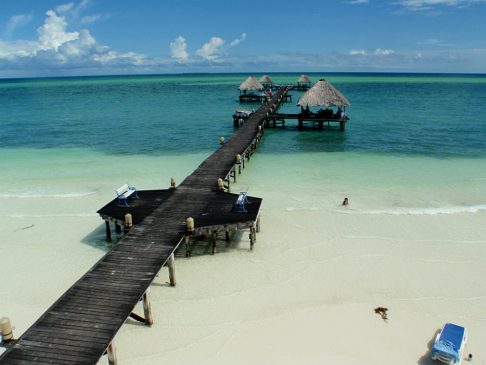 Inland, Ciego de Ávila has also a lot to offer to the visitors. Driving from Cayo Coco towards the capital city you can find the Dutch settlement of Turiguanó, built at the beginning of the 60’s to provide shelter to a cattle raising community; and the lagoons La Redonda (4.5 km2), with an international center for trout fishing; and La Leche (67 km2), annual venue of the traditional Aquatic Carnival of Morón and recently included as one of the sites for the World Championship of Formula T-1 speed boats.

The city of the Rooster, as Morón is mostly known, is the closest one to Jardines del Rey. Downtown, the city preserves some buildings of high architectural and urban value, and in its outskirts, we can see some of the remains of forts La Trocha de Júcaro a Morón, a defensive system built by the Spanish army during the second half of the XIX century to try to stop the Cuban Liberation Army from moving from east to west, and considered one of the most important military engineering works throughout all the Hispanic América.

The surrounding environment also offers great swamps and lagoons of the north of Morón, and the area of La Loma de Cunagua, where we can find some forty duck, pigeon and dove hunting sites, among which the most well-known are: Los Aguachales, Falla, Chicola, Canal La Yana and Puente Largo. In the last one, you can also enjoy trout fishing, activity that can also be done at the damp Liberación.

Máximo Gomez International Airpoirt is located almost half way between Morón and Ciego de Ávila, a city that was founded in 1840 and marked by the prevalence in its architecture of portals built one right next to the other, neoclassic columns and Creole tiles.

El Teatro Principal (Main Theater), whose construction finished in 1927 and considered one of the best ones in the island for its acoustics; the church of San Eugenio de la Palma, patron of the city, La Casa de la Cultura (the House of Culture) and the Gallery of Art, the nearby Finca de Oasis; or the Bioplants Center, attached the Higher Institute of Agriculture of Ciego de Ávila are as well very attractive places in a province of rich cultural traditions preserved with excellence in the Jamaica neighborhood, in Baraguá; in the traditional celebrations of Majagua; in the parrandas of Chambas and Punta Alegre, or in the work of the Haitian group Okay, based in the municipality of Venezuela.